We arrived in Quebec City, driving in from Montreal.  The city, at first, is like any other large city in North America, then suddenly, BOOM, 17th century.  This is the closest thing to a European experience on the continent.  The closer we got to our hotel we got, the more amazing it became.  Then we saw the castle, Le Chateau Frontenac, an old railway hotel in the heart of the Old City, with a breathtaking view of the St Lawrence River.  Stunning. 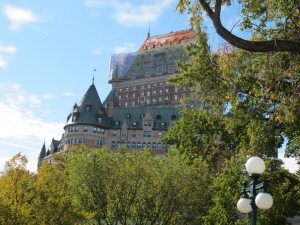 We pulled up in front of this magnificent building and then realized that we our hotel was directly across a square from it.  We were staying a quaint B&B style hotel called Auberge Du Trésor.  Once again we had lucked out and picked a wonderful place to stay. 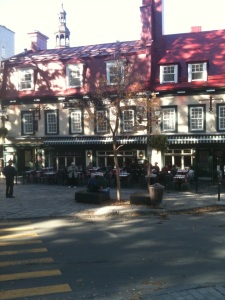 We quickly dropped our bags, parked the car and headed out to take in some sights before nightfall.  It was October and the days were shortening and we had arrived late in the day. It was also our anniversary and we had a supper set for later in the evening at the hotel restaurant.  We were immediately taken with the “other country” atmosphere, right down to the language thing.  Old world buildings, french being spoken, very different from anywhere else in Canada or the USA.  Here are a few pics. 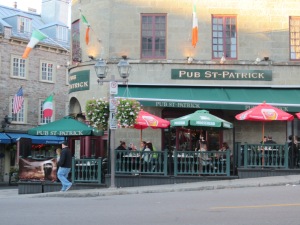 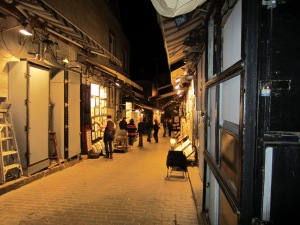 The famous Artist Alley.  The wall on the right is the wall of our hotel. 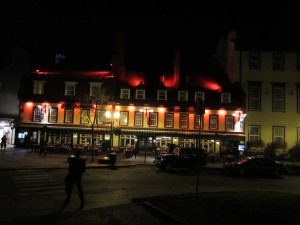 Our hotel at night looks every bit as wonderful as during the day.   Overall first impression of Quebec City, a spectacular place to visit.

A long day, time to enjoy our anniversary dinner, the big 31.  The meal at the 1640 restaurant was very good, and we found our favourite wine on the list. Oyster Bay Merlot out of New Zealand.  This is hard to do with tendency in Quebec to stock old world wines.  The meal was great, so good in fact that I only remembered to take pictures of the appetizer and the soup and salad.  Drool over these while I end the post with a promise of more Quebec City next week. 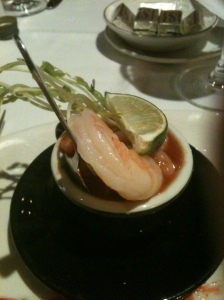 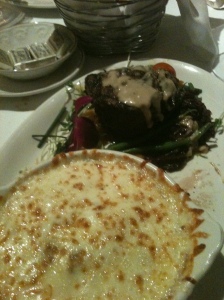